The harbor towns of Hoorn and Enkhuizen are inextricable connected with the VOC.

Founded in 1602, the United East India Company (Dutch: Verenigde Oost- Indische Compagnie or VOC) trading in Asia, flourished and dominated for two centuries. It was the first public company ever to issue negotiable shares and it developed into one of the biggest and most powerful trading and shipping concerns. The VOC had its own shipyards, the largest being in Amsterdam. Her larger ships were the biggest movable vehicles on earth in those days. This spectacular trade made the Dutch Republic the world’s key commercial hub. Important towns in Holland and Zeeland had a so called VOC Chamber meaning they were represented at the board of the company. Both Hoorn and Enkhuizen had such a Chamber.

Do realize that back in those days the two towns were connected with the open sea. What is now called IJssel lake (Dutch: IJsselmeer) was then known as Southern Sea (Dutch: Zuiderzee) from which you sailed into The North Sea. Between 1927 and 1932 a huge barrier dam was constructed (the world famous Afsluitdijk) and tamed the rough Southern Sea for good.

So Hoorn is an old Dutch Zuiderzee city. In high season you will find the socalled brown Fleet here. Dutch traditional sailing vessels, (cultural heritage). All those masts bring you back in the 17th century.

In 1356 this place was founded. Cityrights resulted into a flourishing textile industry that could measure up to those in Leiden, Gouda and Haarlem. One of its famous sons captain Willem Schouten was born here. In 1615, finding a way to Australia he rounded with his ship “Hoorn” the most southern cape of South America and called it Cape Horn. 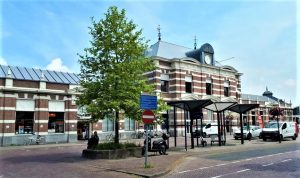 From Amsterdam to Hoorn by train takes you 40 minutes. By car about the same time. 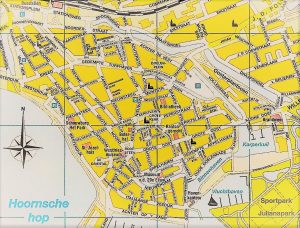 City map of Hoorn, download the image on your device and you can zoom in.

Things to do in Hoorn

Another Famous ship the Halve Maen (Half Moon) sailed from Amsterdam in 1609 into what is now New York Harbour but then was named New Amsterdam. You can admire its replica in the harbor of Hoorn. Visit the West Fries Museum Hoorn or the steam train Hoorn. Shopping in Hoorn is nice and you can also visit the Hoorn cheese market. 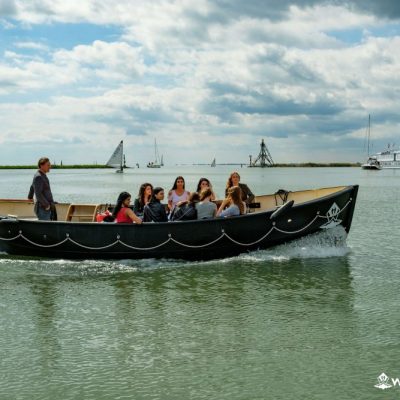 10 - 60 minutes
Water taxi Hoorn organizes guided taxi rides and round trips by boat, they also rents out sloops and a whisper boat without a skipper. The skipper is not only a good mate but also an excellent guide with lots of stories to tell about the city and its harbour. You can always have a drink […]
From€2.00
0
View Details
Read More